ELK Studios only came about in 2012, and at first, they appeared as though they would be another small-scale developer which failed to rise to the occasion. However, this has not turned out to be the case, though. Instead, the reputation of this Stockholm-based company has really grown.

ELK Studios slot machines are stylish, they are elegant, and they are made to be totally friendly within a mobile gaming environment. This is why players will find ELK Studios developed slots at many top casinos.

As we’ve just mentioned, ELK Studios’ games can be found at many of the UK’s biggest and best online casinos. This means that their games are totally accessible and you needn’t look far to start playing.

However, if you’re confused as to where to start, why not try out one of the casinos listed below? In addition to offering ELK Studios’ slots, these sites all offer great welcome bonuses, a variety of depositing methods, and complete mobile compatibility. They all also boast a UKGC licence, which means you can rest assured their reputable and regulated.

Essentially, if you’re looking for a top quality casino to play ELK Studios’ games, you can’t go wrong with one of these:

Unlike many games providers, ELK Studios haven’t yet branched out into table games or live dealer games. Instead, they’ve focused entirely on creating great slots which offer something new.

As an independent games developer, the ELK Studios portfolio of games is still pretty small. They currently offer just 24 slot titles. However, as each is completely original, there’s still plenty of choice for players.

ELK Studios stand out from the crowd as one of the best games providers for mobile players. All of the ELK Studios games are created using the latest HTML5 technology, which means they both perform and look flawless across all devices.

As such, the entire ELK Studios games roster can be enjoyed on desktop, mobile and tablet, including both IOS and Android smartphones.

One of the main reasons why ELK Studios stands out from the crowd is because they’re one of the most creative games providers around.

Their slots all come with unique themes and original narratives. Where else would you find a game about three brothers who are trying to protect their tacos from an evil captain, or a game where a moose sets off to carry out a bank heist?

What’s more, all of these intricate stories are beautifully illustrated. ELK Studios players can expect colourful, detailed graphics with characters who look like they’ve just stepped out of a blockbuster animation film.

As we’ve just mentioned, ELK Studios produce unique slots with high-quality graphics. However, did you know that all of their games also boast awesome bonus features? Below we’ve listed three of the best ELK Studios games, each which offers something very exciting. 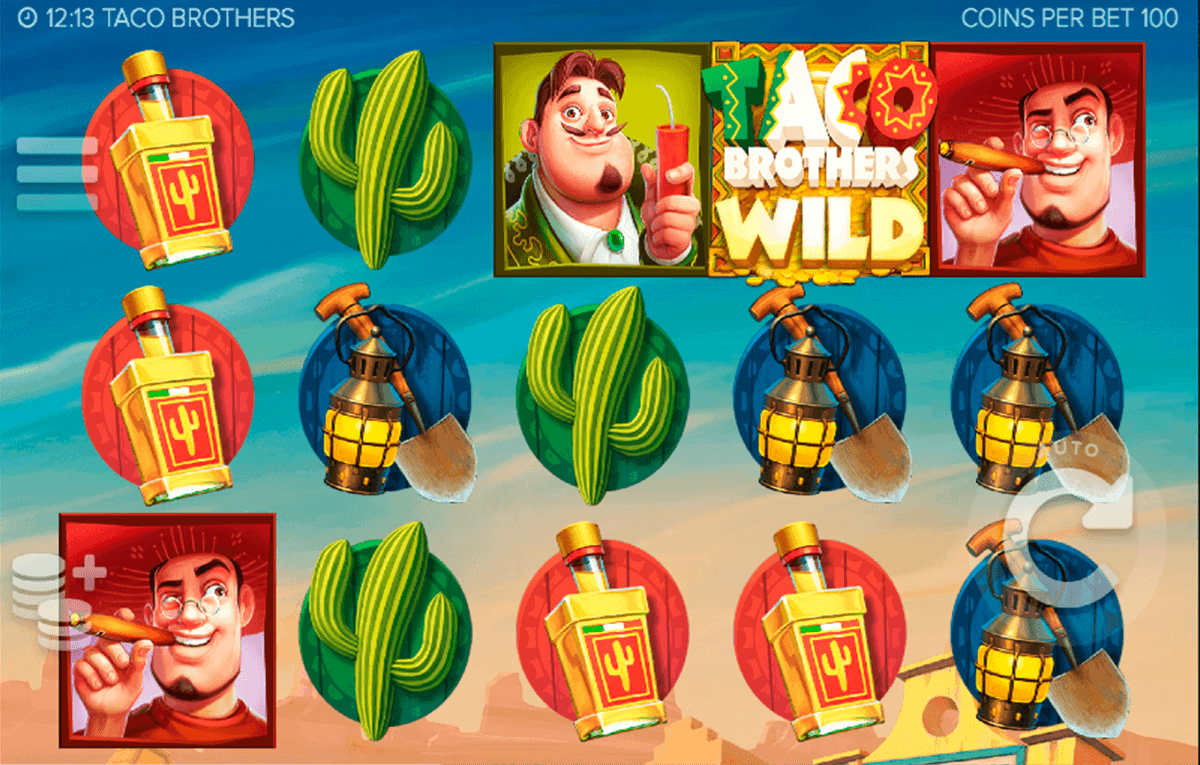 Taco Brother is one of ELK Studios’ most popular slots. It is a 5 reel, 243 ways-to-win game which follows three brothers (Pepe, Pico and Paso) in their fight against the evil taco-stealing Captain Diaz.

The game not only boasts a highly original theme but also comes complete with brightly coloured graphics and plenty of bonus features. These include a re-spin feature, multipliers, travelling wilds and a free spins bonus game.

Wild Seas, as the name suggests, is a Pirate themed slot. It boasts 5 reels and 148 ways to win, with a maximum win of 1,780x your wager on every spin. It’s also one of ELK Studios’ best looking and most entertaining games.

Wild Seas has two levels to it. In Level 1, players can trigger the free spins round by landing 2 scatter symbols on reels 2 and 4. In the bonus game, they must manage to sink a ship by landing special symbols on reel 5. If they complete this task they’ll advance to Level 2. In Level 2, players will be rewarded with sticky wilds which can result in huge wins.

Route 777 is part of ELK Studios’ trilogy of three-reel games, which also includes Ivanhoe and Vegas Diamonds. However, don’t be expecting a traditional game. True to form, ELK Studios have managed to turn this classic reel configuration into something fresh and modern.

Route 777 comes complete with a free spins feature, which is triggered when players land three skull symbols anywhere on the reels. This launches the Route 777 Fortune Wheel, which gives you a shot of claiming the game’s jackpot prize, which is worth 4,000x your wager.

As we mentioned in the introduction, ELK Studios launched in 2012 in Stockholm. They released their first game, The Lab, just over a year later and have since produced 23 more slots.

Notably, ELK Studios claimed the coveted ‘Game of the Year’ accolade at the EGR Awards in 2017, for their slot Wild Toro. However, this is just one of many impressive achievements in their short history.

When playing ELK Studios’ slots it’s easy to see how this independent software developer has become one of the most respected brands in the industry. They consistently produce amazing slots, which are both innovative and rewarding. 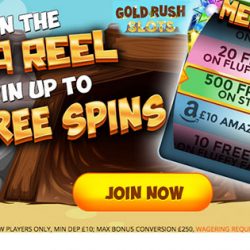 Brand New Casinos 2019
If you’re on the quest for riches, then Gold Rush slots online and mobile casino is undoubtedly the spot for you. Join us on a thrilling exploration for gold as we get to know the ins and outs of this gripping casino which has treasures lurking around every corner, and gold mines galore. Don’t worry, …
Read More

ELK Casinos
All Star Games Casino is a brand of the U.K. online bingo software and management giants, Jumpman Gaming Limited. While previous brands in this stable have offered thrilling bingo games, the Guernsey-based gaming powerhouse recently took to the slots market with All Star Games Casino among a few other brands as trailblazers. The casino offers …
Read More

ELK Casinos
Glimmer Casino is a new online gaming platform that lets you relive the club life while gambling and winning. Its deep pink club theme is not only unique but also easy on the eyes. The online casino belongs to ProgressPlay Limited, a Maltese online gaming management company behind other famous names such as Jackpot Paradise …
Read More

Casino No Deposit Bonus
Spin Station Casino is a Caddell Limited NV (White Hat Gaming) brand. Like all Caddell casinos, its management rests in the hands of Imperium Network Solutions Limited, a renowned UK gambling powerhouse. The casino is great on slots, with more than 150 thrilling titles for customers to try. However, it also provides a decent …
Read More 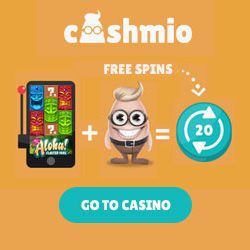 Brand New Casinos 2019
Cashmio Casino touts itself as the happiest casino in the world. Though their stringent initial deposit bonus does not speak much in way of defending this claim, they have fantastic offers that indeed make their players very happy. Run by the Maltese gaming entity, MT SecureTrade Limited, Cashmio Casino holds two gaming licenses granted …
Read More 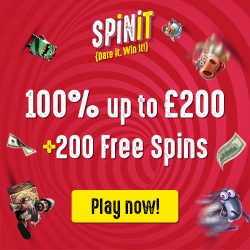 Brand New Casinos 2019
Spinit Casino is a brand in the emerging online gaming stable Genesis Global Limited Casinos. It offers slot machine games majorly with most of its titles coming from Microgaming, NetEnt, NextGen Gaming, NYX Interactive, Play’n GO and Elk Studios. It strives to offer stellar gaming experience to players on PC as well as on …
Read More